The Caterpillar engine flywheels directly to several systems and performs the following functions: 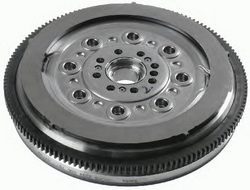 Smoothing of torque pulsations due to periodic accumulation and feedback by the flywheel kinetic energy. Energy is stored during the working stroke of the piston and is consumed at other strokes, including the removal of Caterpillar pistons from dead points. The more cylinders in the engine, the more time the working stroke of the piston takes, then, the torque of such an engine is more even, and the mass of the flywheel can be reduced.

The flywheel is attached to the end of the crankshaft near the rear main bearing. This is usually the most powerful bearing in the engine, since it must withstand the weight of the flywheel and the loads associated with its operation.